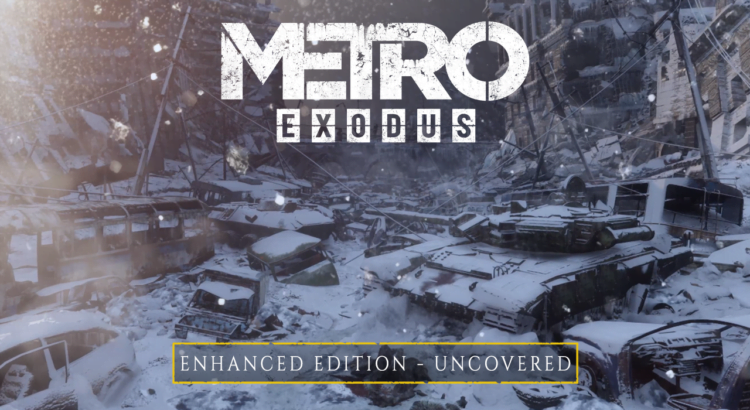 Deep Silver and 4A Games held a pre-E3 event last week where they showed off the many improvements coming to their hit title Metro Exodus via a patch for current owners and an entirely new package for new players. If you thought it already looked great, trust me, it’s even prettier in true 4K, 60 FPS and with all the bells and whistles Ray Tracing provides.

The developer stream offered a deep look at the new additions to Metro Exodus, and they certainly looked impressive even via compressed video. The inclusion of Ray Tracing not only brings out details in the ruined environments of post nuclear apocalypse Russia, but also contributes to bringing out more dramatic scenes when it comes to the game’s numerous cutscenes.

One of these in particular was shown side by side with Metro Exodus’ previous release, and the difference in quality was clear. The baked lighting in the old version certainly paled in comparison to what the new technology implemented can provide, showing off a lot more detail to the character models and the world, which in the case of that montage in particular, was a cave lit by torches.

For next gen consoles, the upgrades will come in one of two ways. For anyone coming back from the original release of Metro Exodus, a free patch will be made available today for free, while new players will be able to pick up a complete pack that includes the improved version of the game and its expansion pack, The Two Colonels. Xbox Series S/X will make use of Smart Delivery, and for Series S, the only missing feature will be 4K resolution, locking things at 1080p instead.

PlayStation 5 will also see the inclusion of Haptic Feedback for its DualSense controller, which obviously was not part of the demonstration, as well as 3D audio. It’s unsurprising to see these be marquee features for this version especially, and I for one would count them as significant pluses to picking up this version on Sony’s console instead if given the choice.

PC players weren’t forgotten, and to those who already own the game, they’ll be able to download the Enhanced Edition at no additional cost as well on whatever platform they might happened to have purchased it from.

It’s exciting to think of the possibilities that technologies such as Ray Tracing can do to older titles like Metro Exodus, and to think that 4A Games has yet to reveal their plans for future entries in the series, there’s very much to look forward to in the future and seeing a game built from the ground up with these techs in mind.

For someone like me, who has yet to get their grubby hands on a next gen console, I’m anxious to see this superior version of Metro Exodus up close. For now, though, I’ll have to make due with what I have, but deep improvements like this are giving me more and more reason to scour online listings even more diligently for one console or the other, that’s for sure.