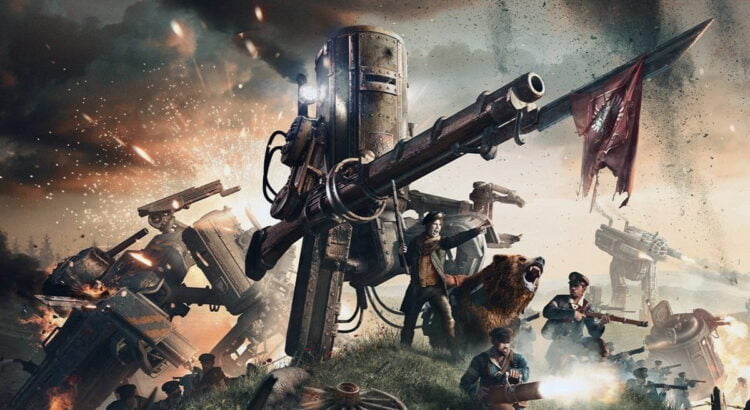 Iron Harvest Complete Edition marks the third time we’re reviewing something related to the game over this website. And even then, it hasn’t killed off my personal excitement about playing KING Art Games’ Iron Harvest in the slightest. The fact that it’s now on consoles is yet another reason to dive into its weird not-post-WWI setting where things aren’t exactly what we’ve known in actual history but still manage to be familiar nonetheless.

Like one of my favorite games of last year, Desperados III, Iron Harvest isn’t the first thing that probably pops into your mind when playing a game on a controller and yet still succeeds in providing a solid gameplay experience. Granted, this isn’t the optimal way to play Iron Harvest and although nothing can really replace keyboard and mouse when it comes to precision, it works. Especially if you don’t own a PC capable of running Iron Harvest and instead have opted for an Xbox Series console or a PlayStation 5.

As the name implies, Iron Harvest Complete Edition also comes packed with both the positively reviewed Operation Eagle DLC that introduced the game’s interpretation of the United States, and Rusviet Revolution DLC, which in turn brought the Russians over with its own set of campaign story missions. The main campaign itself goes through a number of different scenarios as it switches between factions and characters, a good show of their own unique units and most importantly, their strengths and weaknesses for when playing multiplayer.

And as you’d expect, like any RTS worth its weight, Iron Harvest provides a fun setting to play against friends and randoms alike. Each of the factions carries a whole lot of personality and neat gimmicks that make them fun to experiment with before settling in with a specific one for good.

My all-time favorite modern RTS, Company of Heroes, is an obvious inspiration to Iron Harvest when it comes to facing off against the opposition, through the way you have to take into account the environment and how it can provide you with cover and how that gets in the way (literally!) of your and the enemies’ precision.

Even with the handicap that’s inherent when playing with a controller when compared to keyboard and mouse, Iron Harvest‘s overall rhythm isn’t impacted when playing this on console. It’s no secret that a controller can’t hold a candle when it comes to precision, but it could be a whole lot worse than this turned out to be. Yeah, this doesn’t exactly sound like a ringing endorsement for this port, but considering how badly RTS usually do in consoles, Iron Harvest Complete Edition is a big BIG win.