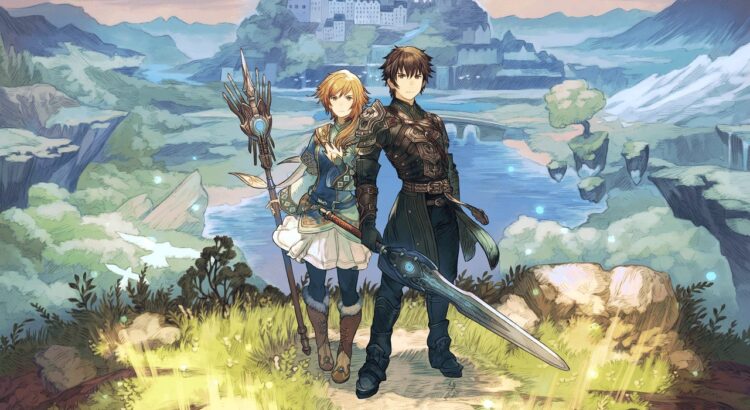 M’colleague Eduardo fully reviewed the PC version of Edge of Eternity last year when it was released in June, and generally found it a really ambitious JRPG, if somewhat rough around the edges. The game has now been ported over to consoles and I’ve been taking a quick look at the PlayStation 4 version to see how it shakes out and how well it has been adapted in terms of controls. The good news in short is Edge of Eternity plays great on consoles, with no glaring problems.

Edge of Eternity is set on the planet Heryon, where the native population were greeted by alien interlopers, the Archelites, who shared their advanced technology with them. However, the Archelites quickly turned against humanity and brought about a bloody war, combined with a virulent new disease known as the Corrosion. The leader character, Daryon, a young soldier, learns his mother has become afflicted with the Corrosion at the same time the Archelites mount a massive attack against the outpost where you’re stationed. From there you embark on a quest to search for a cure for your mother, all while also trying to win the war against the Archelites. The game’s characters and story are generally ok, even though some of the voice acting is a little too over familiar in its winks and nods to the camera (immediately making a joke about a massive two-handed sword being overcompensating for something was an interesting way to start the story).

Most gameplay involves running around the world, getting into turn-based combat battles and occasionally chatting to characters as the story progresses. In many ways it feels similar to other JRPGs such as the Final Fantasy series, or King’s Bounty II, which I also reviewed last year. The world is beautiful and fantastical, even though it is generally pretty non-interactive. The combat system is an interesting merger of standard turn-based combined with some grid-style movement, which did remind me a lot of the aforementioned King’s Bounty. This means that positioning your characters does matter as different enemies have different attacks which can hit targets closer or further away. Same with your party members, who might need to use physical attacks from a neighbouring space, or for spellcasters can be positioned further away. Attacks aren’t strictly turn based either as each character acts on a cooldown timer, with some characters and enemies able to attack quicker than others.

In terms of performance on PS4, the game is solid. The framerate holds up most of the time even in some of the larger and more impressive environments, with most landscapes on Heryon having a dramatic backdrop. Cutscenes also look pretty good too, with character models looking reasonably detailed, although I did often find myself getting confused between a number of the male characters as they can look remarkably similar. It’s not as good looking as Final Fantasy XV by any means, but considering this was made for a fraction of the budget by a much smaller team, they do a good job. The UI has been well adapted for consoles too, taking advantage of most of the controller buttons to streamline choices appropriately. Overall if you missed Edge of Eternity on PC, the console versions are a decent way of experiencing it. It’s best enjoyed by fans of JRPGs who will appreciate its thematic similarity to Final Fantasy, with a couple of interesting deviations which help to keep it feeling fresh. For more details about the game, check out our previous review.