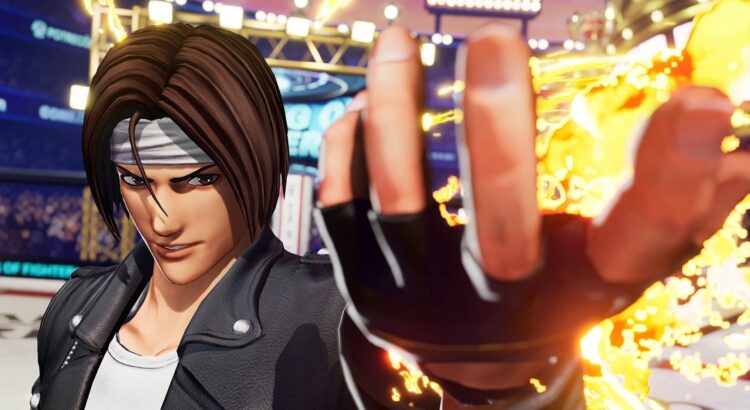 Let me preface this review by saying that I’m way out of the loop when it comes to The King of Fighters. The last game in the series that I played was on the Neo Geo CD, with The King of Fighters 97, for crying out loud. Over my teenage years, however, by far my favorite fighter in the realm of KoF was the Dreamcast version of Garou: Mark of the Wolves, the very last Fatal Fury ever released. Being a assiduous fan of fighting game tournaments, though, I’m no slouch at watching King of Fighters, and having had a whole lot of fun following it over the years instead of playing it, why not try my hand with the latest and quite possibly the sharpest looking entry in the series, The King of Fighters XV?

The latest KoF proves to be chock full of options to play, and for someone like me who’s lapsed on the franchise, it’s good to see some of its modes. They might seem basic to most, but having the option to play missions and learn the ins and outs of every single one of the 39 characters on the roster is definitely a useful feature to me. That’s how I learned to play Street Fighter IV decently back on the Xbox 360, and it’s been my first top in every single fighter I’ve ever played. It’s incredibly enjoyable to learn the timing on some of the moves, which becomes paramount when playing against actual people who know what they’re doing in the game.

The crux of KoF and what sets it apart from the rest – outside of Capcom’s Vs series – is the inclusion of teams. At the outset of every battle, you get to pick three characters to fight as, with some of them being staples of the franchise, like the Fatal Fury trio featuring the good boys Joe Higashi alongside Terry and Andy Bogard. They are indeed badasses themselves, and for SNK aficionados, they are as loved or even more than the Ryus and Kens of the world. Since I’ve little to say for my back knowledge of KoF, I mixed and matched around with the admittedly unknowns, and I had a blast trying to learn them, including newcomers like Dolores, who controls the field quite well with her shaman abilities.

It was exciting to learn that some of my favorite characters from Garou will be making their way to this game, with Rock Howard, Gato, and B.Jenet, obviously forming the Garou team, which I suspect will become my mains once that first piece of DLC is out. While I don’t particularly adore the idea of having DLC announced before the base game is even out, I’ll give SNK a pass due to the terrible world conditions faced with COVID-19 during the development of this game which makes it even more of a modern miracle that it’s even come out.

Returning veterans to KoF are sure to appreciate the characters that did make it into the base game. Out of the 39 initial ones in the roster, there are many that have been mainstays in the series, like Mai, Kyo, Benimaru, Blue Mary, and King, to name a few, with less known ones – at least to me – like Luog and Antonov. Like I said, there’s a lot to this game that I’ve yet to learn when it comes to characters and how they play. And I’m definitely going to try to break out of my box the more I feel familiar with how The King of Fighters XV plays.

Speaking of how it plays, this is probably the smoothest that KoF has been as far as my experience goes. The timing is tight but still forgiving when pulling off combos, and even though the normal CPU difficulty can be a little punishing at first, it’s enough to help build a sense of rhythm to your fighting that might be lacking in case you’re coming into this fresh from other more in your face fighters. The King of Fighters XV doesn’t reinvent the wheel in any way when it comes to what was established by those that came before it, nor is it a step down in any way.

I couldn’t be happier with how the new KoF turned out. With the inclusion of my faves from Garou, The King of Fighters XV will be the ultimate reunion of some of the best cast members ever in a modern and positively playable entry in one of the most prestigious and well regarded fighting game franchises around. SNK certainly isn’t playing around with this entry and all bets are off if it’ll take off in the fighting game community and the many worldwide tournaments that it holds. I can’t wait to see this being played at high level!