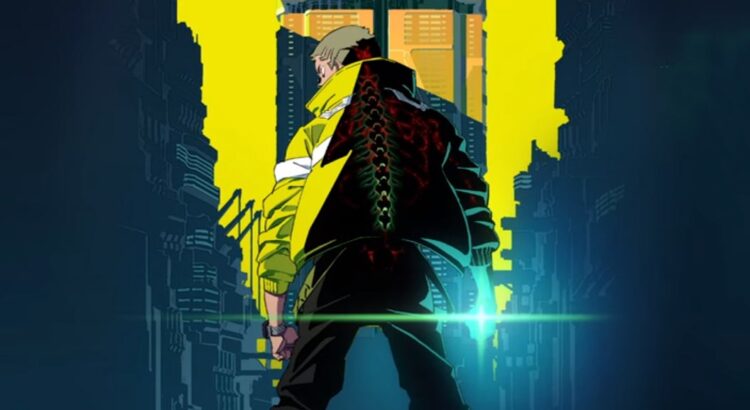 If you’ve been following along, you’ll know that Cyberpunk 2077’s path as a game was one fraught with problems. After a particularly troubled multi-year development cycle that met a number of delays along the way, the end game was met with a mild reception by critics alike, including our own Gareth Brading.

A year and change later, after a significant amount of patches, Cyberpunk 2077 was re-released on current gen systems, but even after receiving a much stabler and well-rounded release, it was still just an okay game. My issues with it were almost exclusively related to gameplay, as the world of the game felt alive and well worth exploring if it weren’t for what I found to be plodding and not at all exciting game to play.

The new anime basically does away with those problems. It’s a bombastic, thrilling and specially exciting run through the grimy streets of Night City, paying off on the promise that the game failed to do so.

The initial 2 out of the 10-episode run of Cyberpunk Edgerunners provided nearly an hour of non-stop action and a surprisingly engaging story. The series follows a young downtrodden David Martinez’s awakening as an edgerunner, following a set of very unfortunate and tragic circumstances that led him to meet Lucy, a mysterious and charming netrunner who has an eye on his particular set of newly acquired cyber-enhanced skills.

Directed by Hiroyuki Imaishi, the mind behind Kill la Kill and Gurren Lagann, and scored by Akira Yamaoka of Silent Hill fame, Cyberpunk Edgerunners is very much a trademark Studio Trigger project in the way the action is presented, with a very healthy dose of black humor, colorful visuals, and shockingly detailed violence. There are some definite Ghost in the Shell vibes in the way the impacts hit and their reaction in relation to the characters’ movements and momentum, which is always a good thing.

But what I came out of this preview most impressed by was the notion of having an experience watching a linear story that was more enjoyable to follow in the universe of Cyberpunk 2077 than the actual game. Without the pacing and gameplay problems that came with it, I was able to immerse myself much deeper than when I had any agency in what was going on.

I’m excited to watch the rest of the season and see where David’s journey will take him, as well as finding out just what Lucy’s motivations are in getting mixed up in his exploits. It seems like the folks at Studio Trigger are more than capable of doing Night City bloody justice.