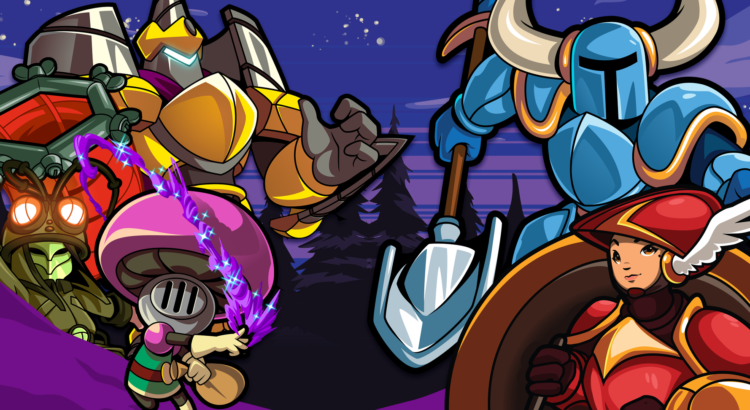 At this point, Shovel Knight rivals Mario when it comes to re-inventing itself. While Mario wears a lot of hats and absolutely adores changing professions, though, our pal, a creation of Yacht Club Games, is fiercely loyal to his excavation utensil and the pursuit of riches. He takes his shovel blade wherever he goes, regardless of the type of game he has ahead of him. As long as it involves digging, he’s all in.

Developed by Nitrome in cooperation with Yacht Club Games, Shovel Knight Dig certainly lives up to its name. After having his huge treasure bag stolen by Drill Knight who then escapes underground, a new adventure lies ahead for Shovel Knight. Or better put, it lies under him as he will need to dig deep in order to catch that sneaky thief!

For all intents and purposes, Shovel Knight Dig at its basic gameplay is a lot like the original Shovel Knight, as in you use the shovel blade to hit and sometimes bounce enemies, as well as bounce around Uncle Scrooge-style. The added catch is that now you have to continuously make your way down in order to progress through the game’s randomly generated levels, picking up all manner of goodies along the way.

Everytime you die, as in Shovel Knight proper, you lose a part of your loot, but in Shovel Knight Dig, you get sent back to the surface instead of losing a life and having to replay the same level again. There, you’ll get to use your earnings to buy upgrades in the shop before diving in again. Temporary upgrades come in the form of keys that unlock different paths on your way down, while permanent ones change up Shovel Knight’s attacks and movement in order to suit your style of play.

This means that going back up isn’t a failure state in any way. There’s a big benefit to buffing yourself up before your next try after dying. The game gives you even more reason to come back up by throwing new characters your way every now and then who have plenty of funny anecdotes to share, as well as items of their own you can eventually acquire. You’ll even rescue and help out some folks while out adventuring who’ll then be available when you’re in between runs.

Like last year’s Shovel Knight Pocket Dungeon and other spin-offs like Showdown and King of Cards, Shovel Knight Dig has plenty of personality not just in its dialog writing, but visually as well. The pixel art on display is absolutely beautiful and booming with life. It’s amazing to see just how well all the Shovel Knight games play around with the core design from the original while giving their own spin. The gags this time are funnier,  over-the-top and chunkier than ever before thanks to that.

The soundtrack here keeps with tradition as well, with some of the best chip tuning you’ll get to listen to outside of classic 8-bit Capcom and Konami. Shovel Knight’s always been known for having amazing music and Shovel Knight Dig is no different. There’s a lot to say about a great soundtrack elevating a game even beyond the fun time there is to be had in just playing it, and in this regard, Yacht Club Games nailed it yet again here.

If you thought Shovel Knight was done and dusted, you’ll find that there’s still plenty of cooky ideas left to explore that involve digging and treasure hunting. Shovel Knight Dig is a simple twist on the formula to be sure, but it’s one that’s done incredibly well and is a whole lot of fun to play. I can’t wait to see what’s in store next!