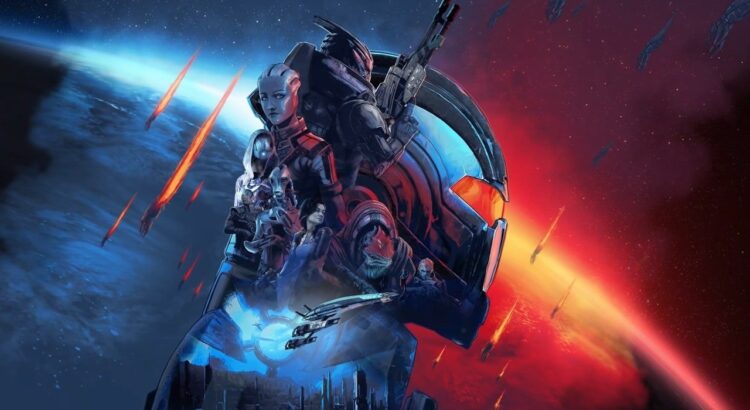 It’s hard to believe that it’s been nearly ten years since we saw the conclusion of the Mass Effect trilogy. It was by no means perfect, and the worst part of the Internet made their toxicity heard in a very shameful way that pushed developed Bioware and publisher Electronic Arts to release a new ending in form of DLC, but even so, Mass Effect was one of the first multi-part stories that succeeded at reaching a conclusion in games. Not even Valve was able to do it with Half-Life, for as good as those games were on their own.

What makes Mass Effect so special? Well, it being a Bioware joint, the characters it introduces are great, and the ensemble made for one of the better reasons to play through these three games. Not only because of their individual personalities and backstories, mind, but also due to how they reacted to your actions while donning the N7 armor of commander Shepard, member of the Alliance and the hero (or anti-hero) who would save the galaxy from the clutches of the Reapers, a race of creatures who every 50 thousand years are responsible for a cataclysm.

Then again, a special cast would be nothing in a game without some solid gameplay, and to that regard, Mass Effect grew better and better throughout the series. The first game was probably the slowest out of the bunch, closer to the established style of pacing of previous Bioware releases, only instead of having turn-based combat it opted for a clumsy, but still enjoyable cover shooter approach. It was with its sequel that things got much more dynamic and smoother, not to mention deadly, with a whole new slew of options to put in practice during increasingly busier firefights.

Not everything hinged on how well you aimed and pulled the trigger, though. A good commander knows how to deal with impossible situations without relying on weapons alone. They talk and negotiate, or take more aggressive approaches in order to get an edge, renegade style. Mass Effect shone especially so when it left you to your devices in regards to how to deal with the ordeals it put before you, aligning your character accordingly. I vividly remember my first run through the trilogy where I played a no-nonsense but still fair Shepard who wasn’t afraid to get their hands dirty.

It’s incredibly nostalgic diving back in and seeing my old friends Wrex, Tali, Garrus, Mordin, Jack, and even that jerk Ashley again (okay, maybe not her, she’s still awful), now in crisp clean HD. It’s exciting to think of everyone that for whatever reason are only now getting the chance to play the trilogy on modern systems thanks to Mass Effect Legendary Edition. Before this, the only real way to play through these games in order and in a better visual quality was to mod the everliving heck out of the PC version, or try to output older gen consoles on current TVs, with mixed qualities. That’s not even mentioning how PlayStation players weren’t even able to play the first Mass Effect due to it being an Xbox and PC exclusive originally.

Mass Effect Legendary Edition not only finally brings all three games to PlayStation 4 and 5, but also Xbox One S/X and Series S/X and PC, with a host of visual improvements and most importantly, some tweaks to all three games, the first one getting the most understandably. As far as the presentation goes, character models are much sharper and detailed, although humans can still be ugly as sin. The most striking change, though, happened to the lighting model and color grading, which are now more striking and dramatic. I wouldn’t exactly call them “better”, but “good enough” since I never really thought Mass Effect lacked production values in any way, aside from the human character designs that clearly do not make use of real people like the base female and male Shepard. And let me tell you, suffering through the game with a custom Shep that looks like they got run over by a freight truck was no fun back in 2008 and is still a terrible time in 2021.

The original Mass Effect is the one that has gotten the most amount of love out of all three games in this compilation, and it was sorely needed. That’s not to say that it was terrible in any way, but it’s definitely the one that’s aged the worst, so the inclusion of say, better checkpointing and autosaves make playing it much more enjoyable, even if some issues like abrupt difficulty spikes and the awkwardness that comes with using your and the team’s powers haven’t really been addressed. Even so, this is still very much worth playing, and thoroughly recommended to start with even if not exactly mandatory in the grand scheme of things, considering that you can jump into any of the three games in any order. You’ll miss a lot of context, backstory, and character development doing so, obviously.

The gap between entries is still quite large, though. Mass Effect 2 is such an improvement over its predecessor in every conceivable way that it’s not even funny. It’s still a ridiculously playable game today, a decade later. Starting with one of the best opening segments ever, the second act in the series has you embarking on a suicide mission after escaping from the clutches of death. The action is turned up to 11 and so is the drama, thanks to the inclusion of loyalty missions where your team members’ story reach their climax, with some of the best writing in the franchise.

Mass Effect 3 was where some folks drew the line. I for one really enjoyed it, especially and surprisingly, its multiplayer first and foremost, which is understandably omitted in the Legendary Edition. Co-op squad-based online play made for most of my time playing the trilogy’s closing chapter, but that doesn’t mean its main mode is terrible. Bioware did a decent job tying up the story and giving it an ending, but as mentioned in the opening, a lot of vitriol happened online and some time later they eventually issued a DLC that offered an alternative.

Still, despite all of the badmouthing Mass Effect 3 got at the time, while not as tight as a full package as the second game is, it makes its best to give an end cap to everyone that managed to survive your adventure in 2. They might come off as cheesy nowadays, but the canned goodbyes you get to see for some characters in Mass Effect 3 in comparison to other more involved ones like say Thane and Mordin’s, were still satisfying, as well as finally getting to witness the full chaos of the Reapers invading Earth that had been promised for years at that point.

Without a doubt, if you’ve never touched Mass Effect before, the Legendary Edition is by far the best way to enjoy the series. Yeah, the original Mass Effect might not be to everyone’s taste even with the added improvements, but on the other hand, it’s probably as playable now as it’s ever going to be. I dare say Mass Effect 2 is worth the price of admission by itself, it’s a brilliant game that’s the cherry on top of this compilation, really. For returning commanders like myself, it’s extremely convenient having all three entries complete with all of their DLC — except for Mass Effect’s Pinnacle Station, which isn’t that big of a deal since it’s easily the weakest out of the bunch, basically a shooting range — in one single package. Now where’s that hug button so I can mash the heck out of that bundle of love of a krogan Wrex?