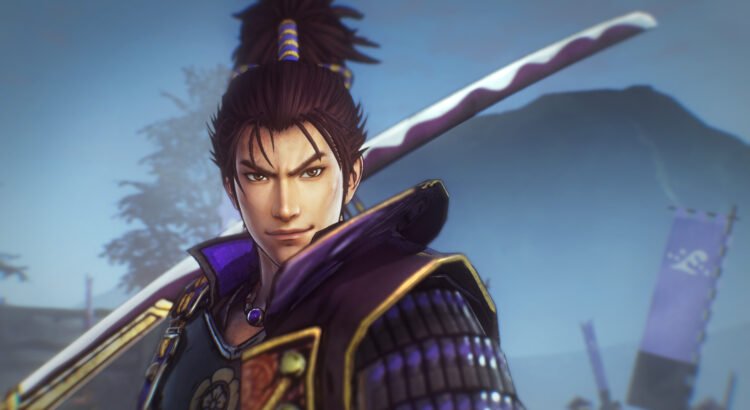 It should be made clear that while Samurai Warriors is technically a historical series, it plays exceedingly fast and loose with history in basically every regard. Hero characters are godlike superhumans who can literally slice their way through hundreds of normal enemies. All major characters look like they’ve dropped straight out of anime, complete with enormously oversized swords which would make Cloud Strife envious. That said, most characters are at least based on historical people. In this latest instalment, the story follows Oda Nobunaga, head of the Oda clan who launched a major war in the 1560s to attempt to unify Japan. He’s accompanied by his family and a variety of other characters, and the general trend of events mirrors history even if extensive liberties are taken with the details. All of the cutscenes are well done, and although the story is very melodramatic, it adequately justifies why the various conflicts, where you spend the overwhelming bulk of the game, take place.

Gameplay in Samurai Warriors 5 is hack-and-slash through and through, set normally in a giant map with thousands of NPCs, fighting an epic battle. You normally control one or two characters whom you can swap between, and each battle will have numerous objectives to complete, such as killing certain enemy commanders, dispatching key units or a number of soldiers, or helping friendly units reach key objectives. Gameplay is easy to pick up and play; Square and Triangle control your basic attacks, while Circle and X give options to unleash special moves. If done correctly, you can chain together a combo of upwards of 10,000 moves, and regularly have a combo in the hundreds. The game has three different metres from which you can charge special attacks, each of which refills at a different rate. Some special moves are necessary for getting around units with specific abilities (such as shielded platoons) while others simply grant you a much more powerful attack barrage, which is great at taking down the health of bosses.

Most of the time battles are quite chaotic, with you alternatively mowing down hundreds of basic soldiers (whom you can very easily steamroller and toss up into the air in a dizzying group of corpses), moving around the map on your horse to reach objectives, and then engaging in fights with commanders. Enemy commanders are almost always named characters who have their own assortment of attacks, and provide much more challenging and entertaining fights. You can sometimes manage to “juggle” enemies though (basically stun-locking them so they’re always reacting to your attacks, preventing them from hitting you), which although satisfying does make some fights feel a bit trivial. But as the campaign progresses, the difficulty of encounters slowly ramps up. Most battles will also have a number of optional or hidden objectives which are only revealed if you specifically decide to explore the map, which rewards inquisitive players who aren’t simply following their assigned orders.

From all of these battles, you gain a plethora of upgrades and rewards. The character roster slowly fills out as the campaign progresses, and each character can be upgraded in various ways, from skill points to improve stats (very similar to the system used in the recent Yakuza games) to weapon proficiency, which will increase a character’s damage with a specific type of weapon. You can also upgrade other items, such as your horse (which you can swap out for faster and stronger breeds) or your weapons (imbuing them with additional abilities, such as Fire or Water damage, or just bumping up their damage overall). All of these upgrades are managed through your Citadel, which introduces the game’s Citadel Mode. Musou Mode is the main story-driven campaign, while Citadel Mode is more of an endless mode, based on defending your castle from wave-based enemies. Completing challenges in Citadel Mode unlocks various resources which allow you to upgrade your Citadel buildings, allowing you to train your soldiers to higher levels, purchase more powerful upgrades, and so on. While it’s nice to have a theoretically endless game mode, I personally found Citadel Mode mostly a grind to unlock stuff, most of which is fairly superfluous to Musou Mode.

Samurai Warriors 5 is an extremely over-the-top, ridiculous game. It’s a game where your character can slice his enormous sword at a battalion of soldiers, obliterating them in a massive fireball. It’s a game where you can ride your horse through hundreds of archers, cutting them down while barely getting a scratch on you. It’s a game where if you pull off the correct combination of moves, your character can basically “fly”, zipping around with inhuman speed while inflicting devastating power attacks. All of this from what is on paper supposed to be a realistic, historical action game. This juxtaposition of a relatively serious story with the ludicrous action is a formula that works surprisingly well, creating a core gameplay loop which is engaging, if sometimes a bit repetitive. If you accept the game for what it is, you’ll find a satisfying hack-and-slash with plenty of replayability.