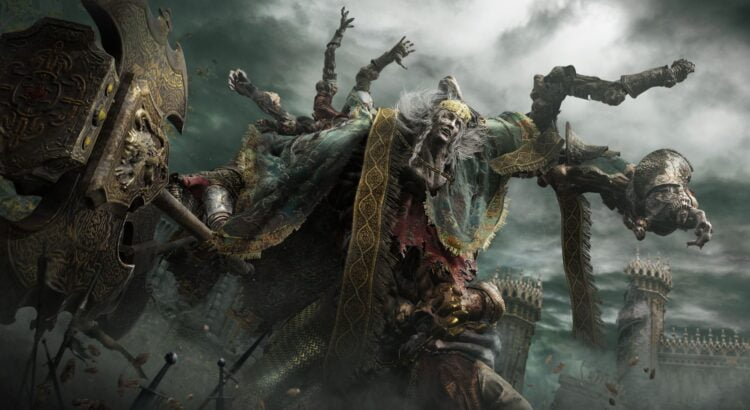 Entertainium staff Andy, Callum and Gareth offer their thoughts on what games they’ll be looking out for in the following year.

Sifu
Expected 8 February
Developed and published by Sloclap
Capturing the flow and dynamism of martial arts is a difficult thing to do in a game, which may explain why so few developers have seriously attempted it. French studio Sloclap have relevant experience, having released their debut game Absolver back in 2017. Sifu is a more grounded take on mano-a-mano combat, set in contemporary China. The most novel aspect of it is that the player character ages over time; an older fighter is more skilled, but also has less health. The multiplayer component of Absolver has been ditched this time, but a similar art style has been retained. This game could establish Sloclap as the wizened masters of hand-to-hand fighting games when it comes out on PC, PS4 and PS5. Xbox owners will obviously have to pick a fight somewhere else.
Andy Johnson

STALKER 2: Heart of Chernobyl
Expected December
Developed and published by GSC Game World
Although it was just delayed until the end of the year, I am still eagerly anticipating STALKER 2, the first game in the STALKER franchise since Call of Pripyat in 2009. The original Shadow of Chernobyl is a truly groundbreaking game, not least in terms of immersion and fear-factor. The sequel promises an entirely seamless open world, rather than the zone-based open levels of the predecessors. From the gameplay trailers already available, the moody, depressing atmosphere of the original seems to be entirely preserved from the earlier games, as well as the ability to sit around the campfire with fellow stalkers and play guitar. Provided the shooting is satisfying and the game is less buggy than predecessors (hopefully something the delay to release will address), STALKER 2 will hopefully turn out great.
Gareth Brading

Weird West
Expected March 31
Developed by WolfEye Studios, published by Devolver Digital
A new Western-themed game is always a cause for celebration, even if it isn’t likely to be as great as my 2020 game of the year Desperados III. Weird West is receiving an outsized amount of attention because it is the first game developed by WolfEye Studios, founded by Raphaël Colantonio – formerly of Arkane Studios. The game is an action role-playing game, which seems to emphasise a lot of player choice and which adds supernatural elements to the standard Old West template. It runs on Unreal Engine 4, and is set to come out all guns blazing on PC, PS4 and Xbox one at the end of March. WolfEye are a small indie outfit, but they could yet make an impact if Weird West fulfils its potential.
Andy Johnson

Starfield
Expected November 11
Developed and published by Bethesda Game Studios
Starfield will be Bethesda’s first new IP in decades, establishing a brand new universe from the ground up, something they haven’t done since The Elder Scrolls began in 1994. Details are still scant on exactly what the gameplay of Starfield will involve, but it’s likely to be an evolution on the same variety of open world exploration, shooting and story they have harnessed in both The Elder Scrolls V: Skyrim and Fallout 4. Bethesda have a lot to prove with this game, both that they can create a feature complete game with an involving story at launch (something they failed to do with their last game, Fallout 76) and also that it will be technically proficient rather than bug-laden (which they also failed to do with Fallout 76). I have zero expectations for it, but Bethesda have managed to craft some extremely memorable world’s in the past, and I hope they can do so again.
Gareth Brading

Shadow Warrior 3
Expected 2022
Developed by Flying Wild Hog, published by Devolver Digital
Amazingly, the Polish studio Flying Wild Hog has no less than four games expected to come out in 2022. While Evil West looks promising, my most anticipated is tongue-in-cheek, sword-in-hand shooter sequel Shadow Warrior 3. Since 2013, the Hogs have made the series their own and are continuing to radically re-work the formula with the third entry. Some of the more unwise design elements of Shadow Warrior 2 are being put to the sword, such as the overbearing weapon stats and the semi-procedural generation of levels, which made the last game feel a bit soulless at times. More surprisingly, the devs have also scrapped multiplayer and have chosen to focus on a leaner, meaner single-player experience. The game has been delayed a lot, most recently in October 2021, but players on PC, PS4 and Xbox One can look forward to the return of the Wang at an unspecified point in 2022.
Andy Johnson

Elden Ring
Expected February 25
Developed by From Software, published by Bandai Namco
It’s no secret that some of us here (myself and Eduardo) are big From Software fans. Elden Ring is the latest iteration of games in the Souls lineage that FromSoft has been making for the past decade (technically longer if you include the precursors to Demon’s Souls like King’s Field). Like Bloodborne and Sekiro before it (though Sekiro‘s connections are more tenuous), the basic formula these games follow to some degree is always at its best when it’s trying something new. As enjoyable as Dark Souls 3 was, it definitely felt like a series that had more or less run its course, the game itself practically grappling with its place as part of a sudden trilogy.

An open world take on From Software’s formula is an interesting prospect for the potential it holds. The Souls games have always technically played with the basic ideas open worlds provide — Dark Souls more so than the rest as its interconnected world grants plenty of opportunities to subvert the intended progression — and dropping it into a more traditional open world setting feels like the kind of natural evolution they’ve been slowly moving toward. Their games have always been open ended to varying degrees, so a full-on open world seems like a logical next step.

But it’s also something that feels like it could easily backfire. Open worlds require such different approaches to level design. It feels less like you’re traversing a “level” in the traditional sense and more that you’re occupying a more loosely defined space. So many open worlds focus more on creating a sense of place that they don’t really feel like levels that had been very carefully crafted and more like large zones that merely exist as filler between the landmarks where all the important work went to. Games like any of the recent Assassin’s Creed games, Horizon: Zero Dawn, or Just Cause 2 are perfect examples of games with large worlds that are empty and boring. There’s plenty of sights to see, certainly — the work put into every tiny detail is immaculate — but they feel empty and static. Moving through them is merely busywork between activities until you unlock enough fast travel points to hop between so you can bypass the wider world entirely.

My hope is that Elden Ring would operate the space of something like either Breath of the Wild or Sable, games that make the very act of traversal fun in and of itself, where exploration is something you’re driven to do because you want to instead of to pursue some fleeting reward or clear a myriad of icons strewn about the map, or somewhere in the vein of games like The Pathless or Solar Ash, where the world is segmented into smaller portions that feel more… explicitly designed, for lack of a better phrase. They’re made to be traversed in ways that don’t have staring you blankly out of boredom while you run to your destination so that there’s some actual play going on, the very act of moving through the world being something to enjoy and willingly engage in.

I’ve purposely not looked at much, if any, footage and read almost nothing about Elden Ring because I like to go into these games knowing as little as possible. I imagine the answer to all this speculation already exists, but at this point, I’d rather just wait it out and find out for myself. However it turns out, I’m curious to see what it has in store.
Callum Rakestraw