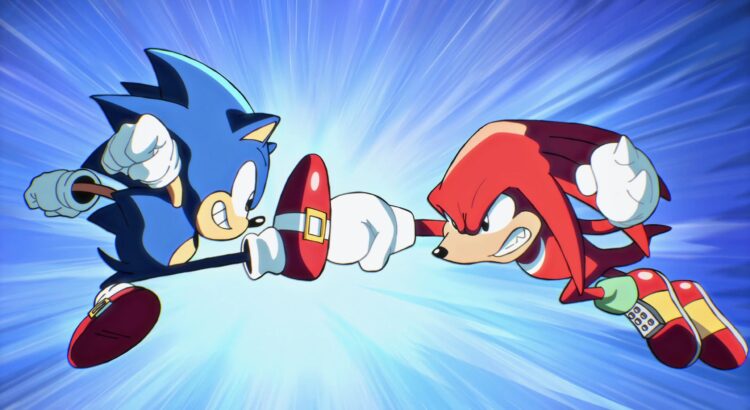 Sega is no stranger to milking their franchises, usually to a ridiculous degree. The company’s mascot, Sonic, is probably the biggest victim to that as he’s been center stage for countless games over the years, most of them post-16 bit era being of questionable quality. It’s certainly not been easy for our lovable blue blur, but thanks to his recent resurgence due to the unlikely success of both motion pictures bearing his name, there’s an entirely new audience who’s probably never played any of the games that put Sonic in the limelight in the first place. Enter Sonic Origins.

It’s seemingly easy for a company to slap together a compilation and have a mostly decent package of games to throw out in the marketplace and make a quick buck. But taking into account some stinkers over the years which have managed to offer ports of old games that run even worse than the original iterations, it’s good on Sega for getting Sonic Origins right in that regard. Not only are all of his classic adventures competently portrayed in this compilation, but they’re even improved by the fact that they now run on the engine that powered the amazingly good Sonic Mania.

With that, all four of the best Sonic games from the 16-bit era – Sonic The Hedgehog, Sonic 2, Sonic 3 & Knuckles, and Sonic CD – can be enjoyed in glourious widescreen, with the added gameplay features that made their way into Sonic over the years, such as being able to play as all three protagonists in any one of the entries, and new skills like the homing jump from later games being available in the very first entry. Then there’s even the option of tackling all four chronologically end-to-end, or trying to beat increasingly more complex in-game challenges for the best score in the leaderboards.

And that’s not even mentioning the gorgeous animated sequences that were created for this collection that adorn all three original Genesis/Mega Drive games, much like the ones in Sonic Mania. Sonic CD still sports its era-appropriate animated sequences which are equally as cool as the new ones. Admittedly, these animations serve little purpose other than to be window dressing, but they’re pretty darn cool in their own right, and it’s nice of Sega to include them. The most important aspect, which is gameplay, is as good as you remember and, added elements aside, if they didn’t nail the feel of Sonic in this anything else would be moot.

In case you’re a purist, you can choose to play any of the games in their natural state, 4×3 proportions with a host of different borders if you want. Then again, this mode for Sonic 3 in particular is conspicuously missing some of the music tracks that were reportedly composed by Michael Jackson back in the day, which are instead replaced by alternative songs previously featured in a mobile release of the game.

Considering that there are numerous and way less expensive ways of playing any one of the games included in this elsewhere in this form, it’s convenient to have the option to do so here, if only for comparison’s sake. Even though I absolutely adored the way that all four games play in their new form making it hard to go back to their older forms, I’m sure there will be others who will appreciate having both versions in one concise package which Sonic Origins is happy to provide.

However, there are elements to either option that still remain as iffy as they always have been regardless of playing the new and improved or old and classic option of any of the games in Sonic Origins: the bonus chaos emerald stages. Sega was really keen on trying to beat the Super Nintendo’s ‘Mode 7’ with the Genesis by having faux 3D sections and the dreaded maze that popped up whenever you finished a level with 50 or more rings. They’re just as confounding now as they were back then and I simply cannot imagine anyone liking them – if you do, please write in and tell me why, please.

As with the usual collection, Sonic Origins sports a museum of sorts where art pieces, songs and an array of videos are available for your perusal. There are two types of unlocks for the museum split among ones that come through normal gameplay and another that’s bought with the in-game currency. That currency can be earned simply by playing the game and also by finishing the aforementioned challenges in mission mode.

The main drawback with both parts of the museum is there’s a lack of design docs and sketches that would’ve gone a long way in making Sonic Origins a true historical piece for the franchise as a whole, which I would’ve loved to see. Instead, we get a lot of promotional art that’s certainly nice to check out, as well as videos of the Sonic anniversary orchestra that were recorded last year in Japan, which are a treat unto themselves in their own way.

But by far the biggest punch to the gut that Sega dealt to fans with Sonic Origins were their less than consumer-friendly actions in preparation for its release. Months before, they pulled previously purchasable versions of all the games from this collection from digital storefronts, or in some cases, violently upped their prices in order to match the one for the then upcoming collection. Also, to the chagrin of anyone looking forward to Sonic Origins, Sega made a lot of the content on disc/download locked away in form of paid DLC or pre-purchase incentives.

So unless you bought the digital deluxe version – the one I noticeably got for this review – you won’t have access to all of the content available or that will be made available at a future time for this compilation. That includes bonus songs, art, menu animations, and extra game modes like mirror mode and hard missions. It’s a shame things were dealt with this way and that Sega opted to split the content that should have otherwise been part of the collection to begin with, and also making all other versions of Sonic games released over the years either inaccessible or way more expensive.

Die-hard Sonic fans might also notice the absence of some games from the same time period like Sonic Chaotix, Dr. Robotinik’s Mean Bean Machine, and Sonic Spinball that would’ve been great additions to this compilation and make it a better sell at full price. Also, as it’s currently available, there’s no option to play Sonic 3 separately from Sonic 3 & Knuckles.

As a compilation on its own, Sonic Origins is still a neat albeit slightly overpriced package that sums up most of the very best Sonic games you could ever play in new and improved forms, maintaining their original incarnations for preservation’s sake. While the historical documentation could’ve been better, the unlockables contained within are neat in their own way and provide plenty of reason to keep playing.

On the other hand, it’s sad to see the path that Sega took in trying to make certain that this is the only reasonable and legit way to play old Sonic games, an approach that might serve as a preview to how future compilations might be handled – a scary proposition to be sure to any retro fan who doesn’t wish to resort to less savory means of playing some bonafide 16-bit classics such as these.