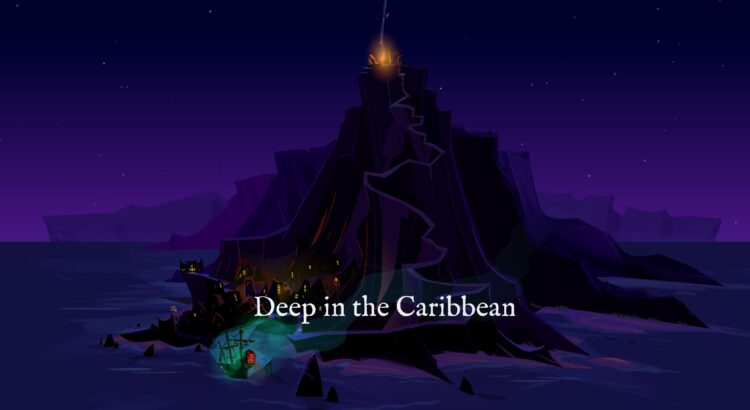 Gareth’s Game of the Year
Immortality
Immortality is already the inaugural winner of Entertainium’s site-wide Game of the Year, the first year the editors have voted on such an award. You can read my thoughts on it over here, but save to say of all the games I’ve played this year, Immortality is the one which has resonated the most strongly on an emotional and intellectual level. There’s really nothing quite like it, and I thoroughly recommend it if it piques your interest.

Best Adventure Game
Return to Monkey Island
If at the beginning of the year you told me that there would be a new Monkey Island game released this year, and that by the end of the year it wouldn’t be my personal GOTY, I would be very surprised. Nevertheless, this doesn’t mean Return to Monkey Island is a bad game; it’s another very enjoyable instalment in the franchise, but one which feels like a swansong for the entire Monkey Island series; a way for original series creators Ron Gilbert and Dave Grossman to say goodbye to the familiar characters. Read our Review.

Best Art Style
Pentiment
I am yet to finish the main story of Pentiment, but few if any games I’ve played have ever displayed the kind of fastidious attention to detail Pentiment gives to its art style and world. Set during the Protestant Reformation, you inhabit a world of monks and nuns, nobles and villagers, all of whom have a different font style depending on their level of education. The monks who work in the Scriptorium for example speak in illuminated manuscript font, while the villagers use a rough scrawl. The family who run the printing press all use a block-printing font. This, combined with the myriad of real-world books and illustrations from the Middle Ages really help to build a sense of time and place which goes beyond a 2D adventure game.

Prettiest Game
Ghostwire: Tokyo
Most people have probably forgotten about Ghostwire: Tokyo, the open-world first-person magic shooter which came out in March. While it might wear the trappings of a horror game, this is predominantly an action shooter, where your hands fire different types of magic which correspond to a pistol, shotgun, etc. What stuck with me though was its sublime visuals of an abandoned downtown Tokyo, with the glistening neon signs and rain-slicked streets. Standing on the corner of a desolate Shibuya crossing in the middle of a storm, the game manages to create an appropriately apocalyptic atmosphere. Read our Review.

2022’s Old Game I Couldn’t Stop Playing
Fallout 76
Despite Fallout 76 already winning this award last year, this year I got into the game in a much more major way. It easily is the game I’ve ploughed the most hours into. Much like my enjoyment of both The Division 1 and 2, Fallout 76 is very much a “brain off” game for me, where I simply fall into a rhythm of shooting, looting and occasional story, combined with building some nice player camps. It’s certainly another skinner box, but the monetization aspects compared to MMOs or even The Division are very minor. I think when I exhaust the main quest storylines I will probably fall off the game again until another expansion is released, but Fallout 76 continues to keep me strangely engaged. Read our Review.