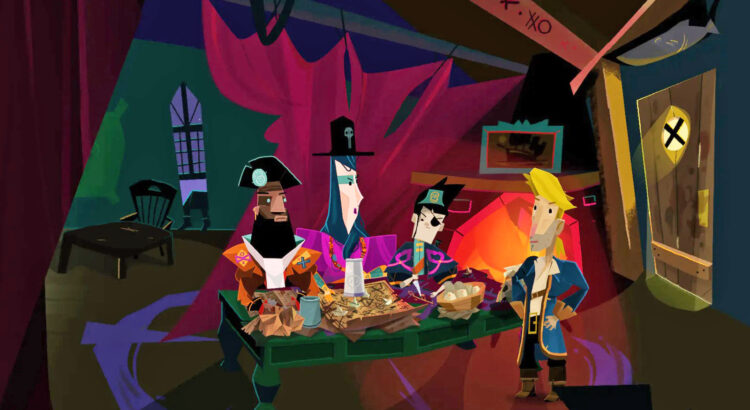 2022 has been a crappy year for anything other than games, and having those coming out in such a blistering rate and being so damn good have made it worth my while not only writing about them for the site, but also enjoying them even more considering all the extra hurdles developers had to jump over because of the pandemic. Everyone’s to be lauded for making it through this particularly tough period, not only the ones that I subjectively list here, but overall. You guys are heroes and deserve all the praise that you can get. Thank you for helping us get through it all by taking our minds away from reality, at least for a bit.

Here are a few special games that I feel deserve a shout out!

For someone like me, who grew up watching and enjoying TMNT, 2022 was amazing. We got two of the greatest games ever released in the franchise. One completely revitalized the beat ‘em up genre by honoring Turtles in Time, easily one of the best brawlers ever, and also scoring some hits of its own in a very colorful and captivating manner, while the other paid homage to the franchise at large in jaw-dropping fashion, collecting some of the key entries in TMNT history and providing fans hours upon hours of bonus material to scroll through and enjoy. I couldn’t be happier with both of these games, really.

I already made my pitch for this when it came time to put together Entertainium’s list of top games last week, but it’s such a good one that it’s worth tooting its horn yet again. There hasn’t been such an engaging JRPG for the Switch that came close to this in terms of my overall enjoyment, and hell, I’ve still got a few hours left to play until I can get to the credits. Xenoblade Chronicles 3 does a tremendous job getting players to care about its characters and world, more than any of the other entries, that’s for sure. I love this one to bits!

What’s left to say about this after both our extensive co-op review from earlier in the year and my inclusion to the site’s own list? This is From Software’s magnum opus, and although it’s not my favorite among their releases, it sits among the very best for sure.

While the original A Plague Tale was quite a surprise when it came out, I had mighty expectations for its sequel, and they were met and surpassed by quite a margin. I already talked about the high and lows for this one in my review and in the site-wide article, but safe to say this is definitely one of the year’s most ambitious games, and although it does carry its share of issues, the ending result still manages to be very well worth playing.

Right, this one did not come out in 2022, but I only got to play it in January, and boy, it was worth the long wait. I’m a huge fan of the original game, so much so that I almost wrote my college thesis on it but ended up getting talked out of it. Anyway, this sequel gets so much right and is such a massive step forward in terms of playability that it makes me incredibly excited for what’s next for the series, especially now that Double Fine is a part of Microsoft and can have the budget they need to develop a new game without any worries.

This one also did not come out this year, and neither did its latest expansion, but due to a host of technical problems following its launch, I only got to play and talk about Endwalker at the beginning of 2022. But my thoughts on FFXIV go beyond the expansion, as I dedicated a chunk of the year playing through the base content and leveling a bunch of new jobs and professions and in it I got to enjoy previously unexplored facets of this game, which became my top MMORPG ever. I can’t wait to get back to it once the new content patch drops in early 2023.

Devolver has been on a roll ever since they opened up shop over ten years ago. And this year was certainly no different. Between the deviously creative Card Shark, Weird West, the isometric saga in a let’s say bizarre version of the Wild West, and Trek to Yomi, a flawed but still impressive attempt at conveying the samurai film genre to game form, they really hit it out of the park.

Among their releases, Return to Monkey Island was my favorite, though. It’s been a long time since the last entry in the series, and frankly, I had lost hope of seeing a new one anytime soon. It fell to the original creators, Ron Gilbert and Dave Grossman, to come up with a sequel worthy of the long legacy of Monkey Island, and from the stretch that I played so far, it gets there and more.